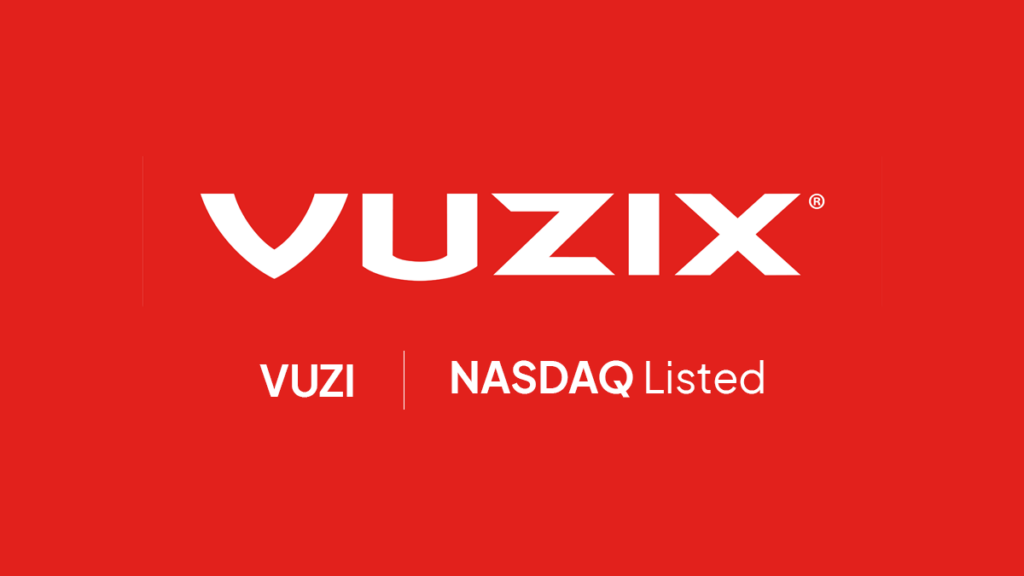 Summary
Vuzix is a supplier of wearable display technology, virtual reality (“VR”) and augmented reality (“AR”). AR technology is still at a relatively early stage and is expected to be a megatrend during this decade. At the same time, Vuzix is known as one of the most innovative companies within the field of AR and has won numerous Consumer Electronics Show awards.

Vuzix is one of the few pure plays that can be invested in to take advantage of AR and this attracts investors and analysts that have a venture capital mindset. Retail Investors became aware of Vuzix when Cathie Wood’s ARK Invest disclosed that the ARK Autonomous Technology & Robotics ETF (BATS:ARKQ) bought a 292K share stake in the company. ARK now owns more than 770K shares as of March 2021.

I remain NEUTRAL on the stock do to the Company’s due to the fact the company has negative free cash flow and earnings. The Company does, however, have a clean balance sheet with ample cash and near term liquidity.

This is a growth stock for only the most aggressive investors. A BUY recommendation would require continued double-digit topline growth, improved operating margin (EBIT margin) and positive cash flow.


Risks
Vuzix is a speculative, small-cap unprofitable company. The question is whether Vuzix can make smart glasses and perhaps down the road, other wearables, a successful business venture.

Remember that Google Glass was announced in 2012, but the first generation of GOOGLE Glass failed back in 2015. And Qualcomm has entered the smart glass arena, so there are many companies looking to compete in this area.

Google acquired Vuzix competitor North for approximately $180M last summer. Note that this is less than the $200M that the company raised so some investors likely lost money. North had been back by Amazon. The Vuzix “next gen” glasses appear to be copycats of these glasses. Perhaps with some help from TD Ameritrade, North could have been valued more like Vuzix.

Nearly one-fifth of Facebook’s employees are working on AR and VR. That’s 10,000 people. Facebook has partnered with Ray-Ban to make actual Ray-Ban smart glasses. Vuzix has approximately 99 employees, and its entire annual R&D spend is equivalent to the compensation expense of hiring just a few top Silicon Valley engineers making seven figures each.

The military has opted to go with Microsoft instead. The US Army awarded Microsoft a contract for 120,000 HoloLens-based headsets. Microsoft continues to push for commercial deployments of HoloLens, a direct competitor to Vuzix.

Apple is working on both AR and VR, and is rumored to have some pretty impressive capabilities. This includes a patent for eye tracking and the ability to turn any surface into a touchscreen. Apple is so serious about entering the market for AR and VR that it recently tapped its top hardware chief to manage a project, which I suspect is related to AR or VR as a product announcement looms, with Apple entering the late development phase.


Risk Mitigation
The Company has a solid balance sheet that should help keep the business solvent until scale can be achieved.

These three solutions are designed to appeal to a range of different form factors, use cases and functionality at different competitive price points.

Vuzix also has an additional product that is in development that hasn’t been officially named or given any pricing yet, but is due to be released in the second half of this year. The Next Gen product is designed to look like normal glasses and is powered by microLED technology.

Vuzix has developed a lot of IP in key areas of AR Smart glasses technology like waveguides, small projection engines and holograms. Vuzix currently has 184 patents and patents pending; more than double what it had three years ago.

The company is not solely a pure hardware company. Vuzix has a significant software development team and the company sells a total solutions package that is part hardware and part SaaS, so Vuzix already has a recurring revenue model.

Demand for Vuzix products is broad-based across numerous market verticals and around the globe. The strength was most notable in healthcare, field service, manufacturing and logistics. Vuzix management believes that they have the potential for significant orders from large accounts down the road and will announce those deals as they close.

Forte Technologies seems to have gone down with Advanced Gravis, but in any scenario Travers formed a shell corporation and acquired Forte’s assets, later changing the name to Kaotech, then Interactive Imaging Systems. Travers attempted to build an alternative to the PDA called the iCOM Personal Internet Browser, which the user held up to their eye to view. This didn’t take off, and the company began working on a product known as Second Sight in 2003. This was the earliest form of Vuzix’s industrial and enterprise head-mounted display (and later AR) business, which as of 2021 has still yet to gain any significant traction.

The name changed again to Vicuity, then Icuiti, then finally Vuzix in 2007, as the company worked on a string of consumer video products sold in Brookstone and SkyMall.

Vuzix re-entered the commercial market with the M100 smart glasses in 2013, abandoning video eyewear for watching movies in 2018.

Unfortunately, little has changed since then. Vuzix has unveiled multiple versions of its M-series glasses, none of which appear to have the capabilities that have been shown in promotional materials. The Vuzix Blades had a disastrous release. At one point Vuzix collaborated with a South African fugitive on a privacy-invading mass surveillance concept.

Vuzix has been doing a little better since then, the pandemic drove some use cases in the company’s M-series industrial glasses. The company has managed to keep quarterly revenues above $1M, even increasing to $4.2M in Q4 2020. This is the highest quarterly revenue since 2011.

On May 11, 2021 VUZI reported first quarter earnings. The results were mixed relative to analyst expectations, while the company continues to ramp shipments of its smart glasses. Revenue in the first quarter was $3.9 million, slightly ahead of the consensus estimate of $3.83 million in sales. That resulted in a net loss of $6.6 million, or $0.12 per share, which was worse than the $0.10 per share in losses that Wall Street was looking for. Smart glasses sales were up 150% year-over-year. The Company recently strengthened its balance sheet with the exercise of warrants and an equity offering. Vuzix had approximately $145 million in cash as of the beginning of April 2021. Vuzix has no debt.

Vuzix did not provide specific financial guidance but noted that economic reopenings are leading to a rebound in demand across many sectors such as logistics, warehousing, and e-commerce. The company is “well-positioned to continue to achieve significant year-over-year comparative revenue growth throughout the balance of 2021,” according to Travers, CEO.


Why Consider Investing?
The reasons for investing in the company are Vuzix has one of the most competitive product lineups in world and is already attracting big names like Verizon. Verizon has selected Vuzix for Integration with its 5G-enabled EMS Solution, in addition to including Vuzix in other projects like Verizon’s 5G presentation to the U.S. Department of Defense. Vuzix also has a global customer base that is continuing to expand across enterprise, defense, aviation, industrial, healthcare, consumer, automotive, courier services and OEM customers, which is why revenues are steadily growing.

One of the driving forces is that other companies are using the hardware provided by Vuzix and are branching into new surgical applications. For example, Vuzix is moving into healthcare and is aligned with Hippo Technologies, Inc., which is a virtual care company that delivers solutions for healthcare and medical education. product presence of Vuzix smart glasses is continuing to expand into the telemedicine market. Vuzix opened 2021 at $9.10 and has already doubled this year, at the time that I write this. Considering the fact that the stock is highly valued, has poor profitability and has many aggressive competitors, Vuzix is likely to be a very volatile stock.

I am NEUTRAL on this stock, largely due to the fact the Company has a sound balance sheet with ample cash and short-term investments and no debt. If credit metrics were to deteriorate, I would not recommend this stock.

I would only recommend a BUY recommendation for aggressive investors. VUZI appears to be the type of company that it would be wise to carefully scale into in the coming quarters, as signs of progress are being made. Remember that this is a growth company that is not generating positive cash flow or earnings.


Disclosure
I am/we are long Vuzix (“VUZI”) either through stock ownership, options, or other derivatives.

I wrote this article myself, and it expresses my own opinions. I am not receiving compensation for it. I have no business relationship with any company whose stock is mentioned in this article.

Nothing on this site nor any published commentary by The Investor Weekly is intended to be investment, tax, or legal advice or an offer to buy or sell securities. Information presented is believed to be factual and up-to-date, but we do not guarantee its accuracy and should not be considered a complete discussion of all factors and risks. Data quoted represents past performance, which is no guarantee of future results. Investing involves risk. Loss of principal is possible. Please consult with your investment, tax, or legal adviser regarding your individual circumstances before investing.