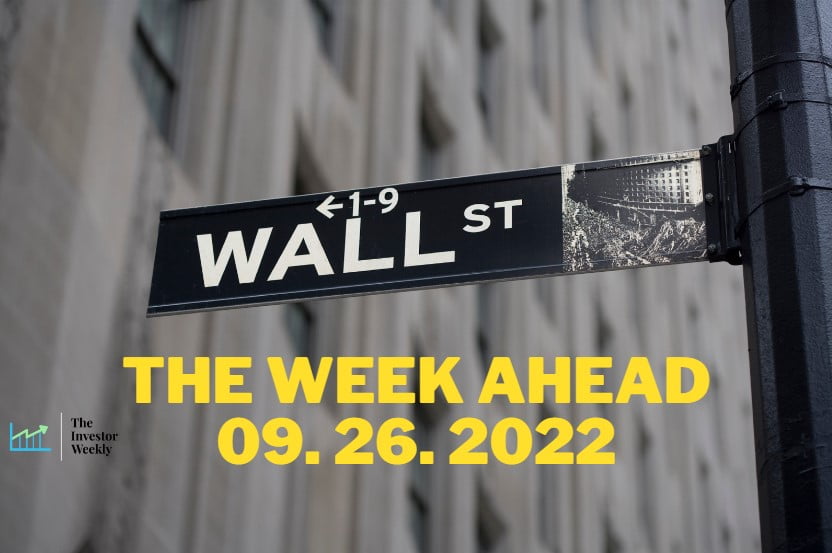 Investors are in for another week of hurt. Major averages having fallen in five of the last six weeks with the Fed maintaining a hawkish position on rates and recession fears cropping up again.

Soaring bond yields and a strong dollar have reset valuations and earnings expectations across the board.

The week ahead will see a variety of economic releases including the latest updates on durable orders, consumer confidence, new home sales, GDP, and PCE prices.

I am okay with United Natural Foods if you currently hold the stock.

The stock is popular again among hedge funds. United Natural is focusing on building profits and cutting its debt without having to sell Shopper’s and Cubs Foods, as we previously assumed they might. A lot hangs on the next quarterly report but, in our opinion, there is room for a 20% to 25% upside in share price this year. In our opinion, United Natural Foods is a solid long-term investment opportunity with little dramatic risk.

I made some money in Thor at the height of the pandemic. But now is not the time to get into this stock.

Jefferies faces the same macroeconomic risks that would affect other financial services firms. Rising interest rates and a steep recession would affect the company’s business by reducing investment banking fees and affecting its AUM.

I would stay away from both of these stocks at the present time.

Yesterday billionaire Ray Dalio said we “are starting to see all the classic early signs” of a recession. In the wake of another substantial (75 basis point) interest rate hike by the Federal Reserve and a very hawkish outlook on continued interest rate increases that made clear the Federal Reserve’s number one priority is fighting inflation, Ray Dalio made it clear in an interview that there will be economic pain coming as a result:

We are right now very close to a 0% growth year. I think it’s going to get worse into 2023 and then 2024, which has implications for elections…

What [the Federal Reserve] will do will balance it. They will tighten monetary policy and take away credit until the economic pain is greater than the inflation pain.

In particular, he highlighted the housing and automotive sectors as the ones that are beginning to face stiff headwinds from rising interest rates. This is primarily due to the fact that many homes and cars are purchased with debt under fairly generous financing terms. The reason why the financing is generally pretty easy to get is because these loans are secured by the underlying asset (i.e., the home or automobile involved) which are fairly easy to resell by the lender at near market value in the event that the borrower defaults on their loan.

Various financial markets continue to present an overall bearish picture. The trend of poor financial condition starts with this year’s surge in interest rates. The yield on both 2s and 10s is at its highest level in more than a decade, as the Fed continues to tighten. The tightening (rise in rates) is (1) plunging the economy into a recession and (2) causing a bearish impact on stock prices. Stocks usually peak in anticipation of a recession. Commodity prices, which usually peak later than stocks, peaked in June and continue to fall. The yield on the 2-year is also above the yield on the 10-year. An inverted yield curve is another early warning sign of an imprending recession.

Surge in the US Dollar

The US Dollar Index is at it’s highest level in twenty years. The rising value of the dollar is a double-edged sword. On one edge, it helps to push commodity prices, which are dollar denominated, lower. But on the other edge, it is also causing problems for the global economy; it has the negative effect of pushing foreign currencies lower. Look at the Yen. It has fallen to it’s lowest level in nearly two decades. The same can also be said for the British Pound and the Euro.

What is driving the dollar higher?

That’s been due mainly to the fact that the Fed has been raising interest more aggressively than foreign central bankers. Remember, too, that weaker foreign currencies have the potential to boost inflation in their respective countries at a time when central banks around the world are raising rates.

We saw that on last week when foreign bankers raised rates more aggressively to combat inflation and support their falling currencies. That may also explain why foreign stock markets have been falling harder than the U.S. which increases the threat of a global economic downturn.

This chart shows the S&P 500 peaking at the start of the year before eventually falling. The SPX is now retesting its August low. The red bars show the S&P Commodity Index peaking during June and falling last week to the lowest level since January.

That also explains why commodity-related basic material and energy stocks are among the week’s biggest losers. Falling commodity prices should help reduce inflationary pressures. Weaker commodity prices, however, are also consistent with a recessionary economy.

All of the intermarket charts I referenced above represent bad news for stocks. Heavy selling is a sign that stocks are likely headed lower.

The weekly bars in this chart show the S&P 500 failing a test of its 40-week (200-day moving) during August before heading back down to its June low.

Prices are now threatening that earlier summer low and appear to be on the verge of resuming their 2022 bear market.

The flat green trendlines mark Fibonacci retracement levels drawn from the 2020 low to this year’s high. Those lines suggest some potential downside targets once the summer lows are broken.