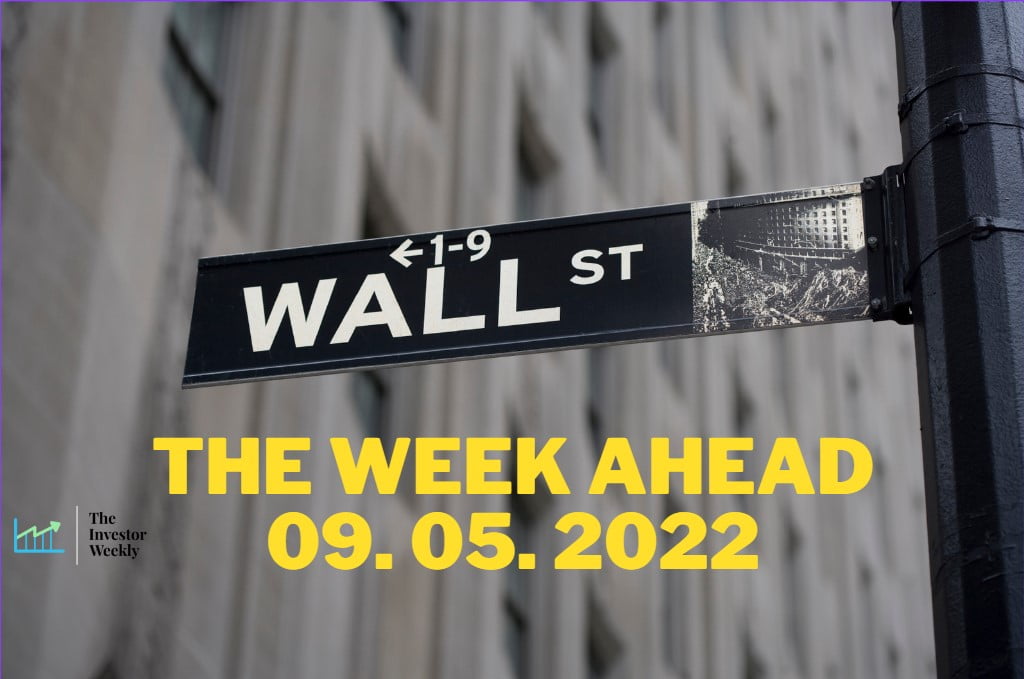 The S&P 500 on Friday posted another week of hefty losses, falling 3.29% for the five-day session. The benchmark index has now posted a three-week losing streak. This is hot on the heels of four weeks worth of gains.

The markets are closed on Monday for the Labor Day holiday.

Muted investor sentiment carried on from last week after Fed announcements from the Jackson Hole symposium indicated that policymakers were committed to raising rates in order to combat inflation.

Economic data released during the week supported the case for a hawkish Fed. Investors interpreted job openings data that exceeded consensus expectations, while an ADP report that showed less-than-expected jobs were added in August. We also saw a stronger-than-expected ISM manufacturing PMI readout and an unexpected increase in the unemployment rate.

Semiconductor stocks which fell after the U.S. prohibited Nvidia from selling some of its products to China.

After an initial few months, monthly caps for offloading Treasuries and mortgage-backed securities are set to double to $60B and $35B, respectively, compared to the peak combined rate of $50B the last time the Fed trimmed its balance sheet in 2017-2019. Ultimately the process reduces the supply of bank reserves and drains money from the financial system.

Some safety valves have been implemented. For example, there is a Standing Repo Facility, after chaos in the repo market prompted an early end to the last QT program in 2019. The new facility will allow dealers to borrow more reserves from the Fed against high-quality collateral. However, some caution it might not be enough to stave off liquidity issues, and could complicate Powell’s plan to raise rates and bring inflation under control.

Michael Burry said the “market silliness” is back.

And fund manager Jeremy Grantham issued a warning to “prepare for an epic finale” to the market cycle. He argued that the current “superbubble” in asset prices hasn’t deflated yet and appears to be dangerously close to its “final act.”

Grantham and Burry have been issuing “superbubble” warnings since the pandemic began. Just remember that the two have made serious money off bubbles in Japan in the late 1980s, the dot-com era and the U.S. housing market crash in 2008.

“One of those features is the bear-market rally after the initial derating stage of the decline but before the economy has clearly begun to deteriorate, as it always has when superbubbles burst,” Grantham wrote in the fresh research note. “This, in all three previous cases, recovered over half the market’s initial losses, luring unwary investors back just in time for the market to turn down again, only more viciously, and the economy to weaken. This summer’s rally has so far perfectly fit the pattern.”

“My bet is that we’re going to have a fairly tough time of it economically and financially before this is washed through the system. What I don’t know is: Does that get out of hand like it did in the ’30s, is it pretty well contained as it was in 2000, or is it somewhere in the middle? The U.S. stock market remains very expensive and an increase in inflation like the one this year has always hurt multiples, although more slowly than normal this time. But now the fundamentals have also started to deteriorate enormously and surprisingly: Between COVID in China, war in Europe, food and energy crises, record fiscal tightening, and more, the outlook is far grimmer than could have been foreseen in January.”

Despite the warnings, an aggressive Fed tightening cycle and worries about the economy, most American retirement savers haven’t made changes to their portfolios. Only 5% of 401(k) and 403(b) investors shifted their asset allocations during the second quarter, according to Fidelity Investments, and the majority of those investors only made one switch to more conservative assets.

Central bank meetings are are on tap this week with the with the Reserve Bank of Australia, European Central Bank and the Bank of Canada all ready to tackle inflation.

The ECB is expected to hike rates 75 basis points after recent remarks from members turned more hawkish, although there is still some speculation of a 50-point increase.

The Beige Book report will be released and Jerome Powell will make a notable conference appearance.

In the energy market, the OPEC+ meeting will take place amid more talk about output cuts with some producer nations forecasting near-term oil surpluses.

The earnings calendar slows down for the holiday-shortened week, although the reports from GameStop (NYSE:GME), DocuSign (NASDAQ:DOCU), and Kroger (NYSE:KR) are likely to create some buzz. Meanwhile, Apple’s (NASDAQ:AAPL) ‘Far Out’ event is expected to reveal the next generation of iPhones.

The shortage in the labor market is a situation that the U.S. may not easily solve, warns the publication this week. The average annual growth of the U.S. prime working-age population is projected to slow sharply to just 0.2% over the next three decades vs. the 1% average annual growth over the past 40 years. Other major factor are that retirees as a percentage of the population has climbed sharply and immigration to the U.S. has dropped by more than 50% since 2010. Those harsh realities indicate that hiring challenges could continue and are not transitory due to pandemic or stimulus factors.

Economists warn that an entrenched labor shortage could continue to cut into productivity and economic growth, as well as counteract the Federal Reserve’s efforts to curb inflation. If there is a fix to the labor problems, it may be through technology. Annual global sales of industrial robots and factory automation are forecast to more than double by 2027 to more than $100B.

Currently, the market leaders are Switzerland’s ABB (ABB), Japan’s Fanuc (OTCPK:FANUY) and Yaskawa Electric, (OTCPK:YASKY) and Germany’s Kuka (OTCPK:KUKAF). Companies such as United Parcel Service (NYSE:UPS) and Amazon (AMZN) are also well ahead of the curve on automation.

Meanwhile, Casella Waste Systems (CWST) is a waste-management firm known for using robots to load trucks and to sort trash and recyclables, while McDonald’s (MCD) is well ahead of its peers with the use of ordering kiosks at restaurants. Other potential beneficiaries of a shortage of skilled labor could be staffing firms like Korn Ferry (NYSE:KFY), Robert Half International (RHI), and ManpowerGroup (MAN).