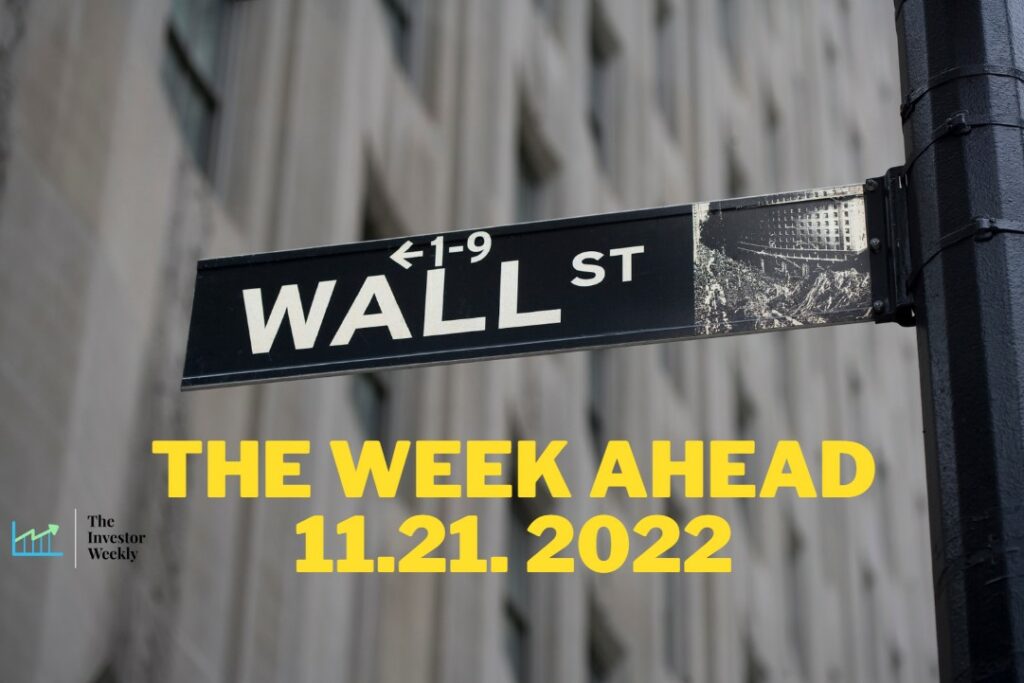 Where Did We Leave Off?

Stocks finished with modest gains last Friday, but the main indices still ended with weekly losses. Investors allowed doubts about the staying power of the recent rally sparked by signs of easing U.S. inflation to creep into their psyche.

Stocks turned lower earlier in the week after St. Louis Fed President James Bullard said the central bank’s appropriate target for the federal funds rate could end up as high as 7%, well above the current 3.75%-4% range.

The Boston Fed’s Susan Collins followed up on Friday that she was not ruling out a 75-basis point rate hike in December.

Is the fourth quarter losing some momentum? The Dow is approaching formidable overhead resistance at their August highs. That may be hard to overcome

The Invesco QQQ Trust in an even weaker technical condition. Those two weaker indexes may offer a more realistic view of the market as a whole. It’s also worth noting that their 9-day RSI lines are nearing overbought territory. The main message from those three charts is that stocks are benefiting from recent good news on inflation and normal yearend seasonal strength. But they still remain in major downtrends. Weekly sector rankings also show a more defensive mood.

Consumer Staples, Utilities, and Healthcare were the week’s sector leaders. That’s usually a sign that investors are turning more defensive. Economically-sensitive Consumer Discretionary stocks were the week’s worst performers. Energy stocks had a relative soft week owing to a roughly 10% drop in the price of crude oil. Most other commodities also lost ground.

The good news there is that lower prices may be signaling lower inflation pressures. The bad news is that lower commodity prices often signal a more recessionary environment. Another potential recessionary warning came from the yield curve.

Yield curve inversions take place when a short-term interest rate exceeds a longer term rate. During the summer, the spread between the 2-year and 10-year Treasury yields fell below zero which is a traditional signal of an impending recession. Last week the spread between the three month and 10-Year Treasury yields also fell below the zero line resulting in an inverted yield curve (red circle). Historically, that yield curve inversion has predicted 12 out of the last 11 recessions. In other words, it gave only one false positive. That’s a pretty good track record and increases the odds of an economic recession. That normally carries bad news for stocks.

It is a shorted holiday d next week so investors can expect lighter trading volume.

The highlight of the economic calendar looks be the release of the minutes of the last FOMC meeting. The meeting took place before the October CPI report, but it’s possible that the market could see a jolt when hawkish tone of members is seen in black and white.

Earnings will come in from Best Buy (NYSE:BBY), Dollar Tree (DLTR), and DICK’s Sporting Goods (DKS) from the consumer sector. Be on the lookout for some cautious guidance updates .

Citi U.S. equity strategist Scott Chronert has already warned of a “consumer-led recession” in 2023, which could be amplified even more if the retail heavyweights continue to reel in expectations.

The Donald is Back… Sort of…

Former President Donald Trump formally filed a notice of a third run for the White House Tuesday night – setting up a two-year fight for the heart of the Republican Party, following a midterm election that largely went the Democrats’ way.

He will be in for a rough fight after last Tuesday’s runaway re-election of Florida Gov. Ron DeSantis, one of the few Republican high points from the midterm elections.

GOP leadership continues to urge a break with the party’s recent past, and a look toward DeSantis as the future.

“Ladies and gentlemen, distinguished guests and my fellow citizens, America’s comeback starts right now,” Trump told a crowd at his Mar-a-Lago home. “Two years ago, we were a great nation, and soon we will be a great nation again,” Trump said.

A Trump SPAC and Other Trump Stocks

“Trump SPAC” Digital World Acquisition Corp. (DWAC), the special-purpose acquisition company linked with efforts to take the Trump Media and Technology Group public. Phunware (PHUN) stock might move on the latest news; the company was hired by Trump’s 2020 campaign to create a smartphone application, and the stock has made volatile Trump-related moves along the way.

Trump’s media efforts are connected to conservative-focused video site Rumble (RUM), and his page on the site was one of many live-streaming his announcement. Rumble provides cloud hosting for Trump’s Truth Social media platform.

Rupert Murdoch’s media empire, including Fox News (FOX) (FOXA) and Wall Street Journal owner News Corp. (NWS) (NWSA) are also in play. Trump and Murdoch’s media were closely intertwined during his presidency, and Trump made frequent call-in appearances to shows including Fox & Friends and Hannity. Recently, however, Murdoch’s papers and stations have demonstrated that turn away from Trump after the midterm disappointment. The New York Post ran a post-election cartoon cover of “Trumpty Dumpty”.

Retail Took a Hit – Holiday Blues on the Way?

The retail sector took a hit on a warning from Target (TGT) . Target cast doubt on the all-holiday shopping season, especially when it comes to sales of electronics, which had little impact on the strong October retail sales figures. Target’s EPS, EBITDA, and operating margin all came in short of expectations for Q3. Target also warned that softening sales and profit trends that emerged late in Q3 and have persisted into November. Guidance is now for a wide range of sales outcomes for the holiday quarter, centered around a low-single-digit decline in comparable sales.

Two stocks being watched closely for reports of sales and consumer interest are Hasbro (HAS) and Mattel (MAT) after Target pointed to weak toy demand with its Q3 earnings update.

The cover story highlights how this holiday shopping season could see bifurcation in which lower-end and higher-end stores are the main channels through which Americans shop and the large middle tier of retail sees pressure.

A recent UBS study indicated that for the first since 2014 more Americans were planning to shop for gifts this holiday at discount stores than department stores.