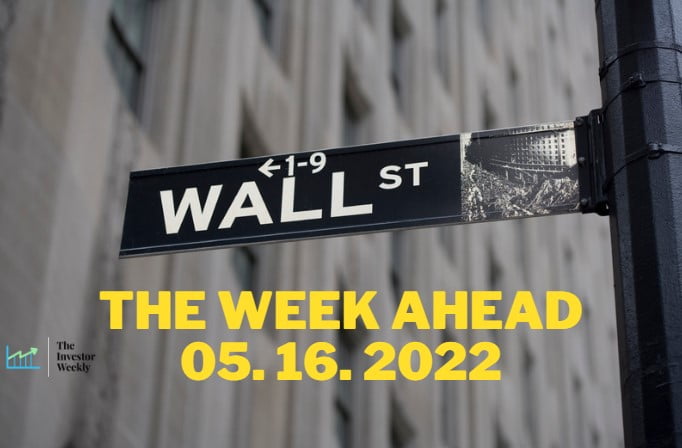 Thought of the day…

The Twitter deal still happening. And Musk is going to get it at a lower price.

I believe that Musk had this planned from the very beginning. He knew there’s a high percentage of bots on Twitter when he made the original offer. Due diligence would substantiate this and allow him to get the stock well below his original offer. Win.

Twitter can cave and admit its userbase is overstated, opening the company up to shareholder lawsuits. Or they can kill the deal and be sued for shareholder value destruction. Twitter remains the arbiter of who is allowed to say what. And there is value in that.

Shares are now trading at below acquisition levels.

Where are the Markets?

The S&P 500 teased investors with late day gains, but took a slide at close. Right now it appears that investors can expect any big rally to fizzle pretty fast.

The S&P 500 came within a fraction of falling 20% from its November peak. The Nasdaq is still about 28% below its peak, which is well into bear market territory.

How have markets been moving intraday?

It seems that every time the Nasdaq rises more than 2%, the market lacks any type of follow-through buying. What little buying power is left in the market gets absorbed in a single day.

Nasdaq jumps of more than 2% on April 13 and April 19 disappeared the next trading day. The April 28 3.1% surge also dissipated the next day. Similarly bearish action occurred May 4.

Should you be buying?

Buying opportunities remain spotty. But for now, investors should continue to avoid buying stocks or adding to positions. Mondelez International (MDLZ), J.M. Smucker (SJM), and Beacon Roofing Supply (BECN) are just some examples of the frustrating lack of strength in breakouts during market corrections. All these names continue to trade sideways.

I’ve been saying stagflation forever. We are literally living through the “textbook” definition. At some point stagflation may give way to recession, as the Fed squeezes the life out of the economy.

P.S. I am not in the soft-landing camp. Total pie-in-the-sky thinking.

The market, however, remains mixed in its thinking.

There are those that believe we are leaving a stagflationary environment and entering a potential recession. Look at the graphic below from Bloomberg. Markets are saying that inflation from 2027 to 2032 (i.e. 5+5 on 2022) will be below 2.5%. The thought here is that the Fed hits the breaks so hard that it kills inflation but plunges us into a recession.

*Note that Breakeven Inflation compares the yield of an inflation-based bond with a nominal bond of the same maturity and you have breakeven inflation.

And then there’s Goldman Sachs. Goldman Sachs (GS) lowered its market forecast for the year, but that baseline assumes no recession. The equity strategy team cut its end-2022 target for the S&P 500 to 4,300 from 4,700.

Is there any place to hide?

The inflation-linked bond market is offering a good opportunity right now. ILBs are indexed to inflation. The linker market is north of $4 trillion.

Investors tend to hide in big caps during uncertain times. Big caps have performed relatively better, with the Dow down 11.3% this year and the S&P 500 off 15.9%. Compare that to the Nasdaq, which has lost 25.5% this year.

Which sectors are faring best?

Agricultural stocks are rebounding. If the market does turn around soon, there are some stocks to watch in the fertilizers group. CF Industries (CF), Sociedad Quimica y Minera (SQM) and ICL Group (ICL) have climbed back above their 50-day moving averages.

Morgan Stanley Analysts think stocks may be entering a bear market rally. If lower prices are still ahead, the S&P 500 may fall to 3,400 and that would produce valuations in the 14-15X range.

While I believe equity markets may be oversold, I don’t believe this is the start of a bear market rally.

Your risk assets are falling and have a slew of reasons to do so.

Retail sales rose 0.9% in April and 0.6% excluding autos. It was the fourth-consecutive increase in monthly U.S. retail sales. Consumers are still shopping, but higher prices are draining much of their spending power. Grocery purchases actually fell slightly in April, even as prices jumped 1%.

China’s zero-COVID policy is weighing on the country. Retail sales fell ~11% year-over-year in April, manufacturing slid by ~5%, industrial output dropped ~3%, while fixed-asset investment rose ~7% in the January-April period (slowing from a 9.3% pace in the prior quarter). The unemployment rate across China’s 31 largest cities climbed to a new high of ~7% in April. Millions of people remain on lockdown.

Powell will provide more lip service this week, with the market anticipating a 50bps hike at both the June and July meetings of the Fed’s policymaking committee.

Hyundai (OTCPK:HYMTF) announced it plans to build a $7B EV plant near Savannah, Georgia.

Monday Morning News
JetBlue (JBLU) is launching a hostile takeover attempt for Spirit Airlines (SAVE) after the latter rejected its $3.6B offer in favor of an existing deal with Frontier Airlines (ULCC).

JetBlue is launching a $30 tender offer for their shares, but it would be willing to pay its initial bid of $33.

There is a huge drive to further consolidation in the budget airline sector. This deal which would create the fifth-largest U.S. carrier after United Airlines (UAL), Delta (DAL), American (AAL) and Southwest (LUV). If you remember, JetBlue also attempted to buy Virgin America in 2016, but lost to Alaska Air Group (ALK).

Walmart reporting was a mess this morning. The stock plunged nearly 9% after missing earnings expectations. Higher labor and operating costs hurt margins. Comparable sales rose 3% in the quarter. The number of U.S. transactions was flat, but the amount spent on each climbed 3%.