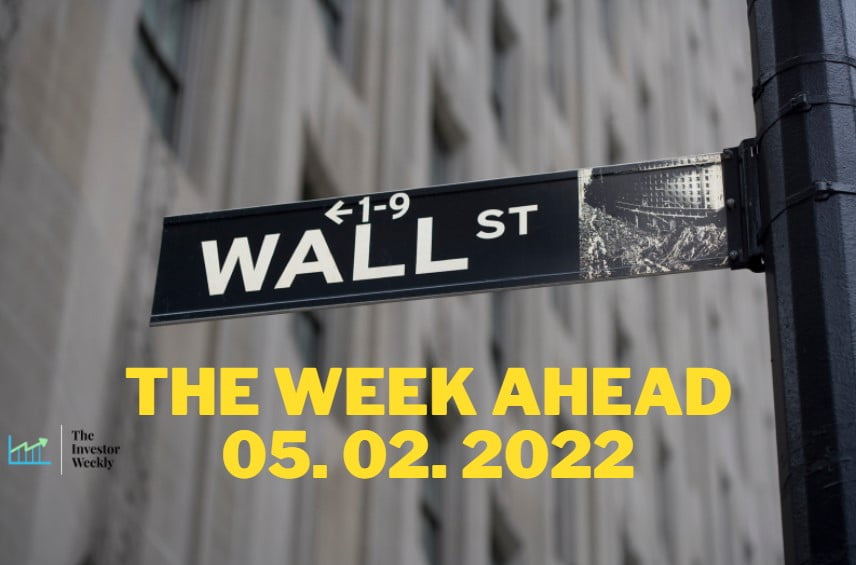 Thought of the day…

During the Obama administration student loans were nationalized. Private lenders were replaced by the government. Do you think our government can effectively manage $1.7 TRILLION in student loans? Now President Biden wants to accommodate this. Let’s just forgive everyone’s loans. Seriously? How does that make sense? How is that fair to all the borrowers that paid their loans back responsibly?

What do you think of Elon’s Moves?

Everyone knows my feelings about Tesla and Elon Musk. Ten years… the market share will be less than half of what it is now. Elon, they are all coming for you. Call me crazy. I am telling you – it will happen.

Shares slipped 15% through last week as investors fret over Musk’s stock sales and how much time he’ll be able to allocate to Tesla while being involved with Twitter’s operations and running SpaceX. At the end of last year, Musk also sold about 15.8M of Tesla shares, worth about $16B, divesting 10% of his stake in the EV maker to help pay a reported $11B tax bill. THIS IS CRAZY. If I were holding shares of Tesla, I would be quite unhappy [insert other expletives as necessary]. Musk has promised to pay $21B of personal equity for the Twitter deal, with the rest of the cash coming from investment banks. $13B in loans will be secured against Twitter, as well as a $12.5B margin loan tied to his Tesla stock. Musk will also need to pledge about $65B in Tesla shares – or about a quarter of his current total – for the loan, on top of existing facilities. He exposes shareholders to significant stock price risk due to his personal financing decisions.

April U.S. light vehicle sales are forecast to decline 24% year-over-year, which translates to a seasonally adjusted annualized rate of a disappointing level of around 13.9M units. Supply chain disruptions from global semiconductor shortage, the Russia-Ukraine conflict, and COVID-induced shutdowns in China are hurting the industry. Dealer lots could be short vehicles through 2022 and likely well into 2023. Looks like I will be waiting another 1.5 years for a car.

Berkshire was a net buyer of stocks in the first quarter, loading up on $51B worth of equities. Those included big holdings in Occidental Petroleum (OXY) and Chevron (CVX), acquiring an 11% stake in HP (HPQ) and arbitrage play Activision (ATVI). This cost the billion boys club a mere $106B, but echoed the classic dip-buying conducted during the financial crisis. Buffett is legendary when it comes to the timing of scooping up price mismatches. While the S&P 500 has dropped more than 13% YTD, Berkshire’s stock is up more than 7%.

Stocks closed out their worst month in recent memory. We continue to deal with monetary tightening from the Fed, rising interest rates, worsening inflation, COVID lockdowns and the war in Ukraine.

The Nasdaq fell 13% in April, its worst monthly performance since the financial crisis. There is no doubt that we are now in bear territory.

Alphabet: Google (GOOGL) had already slipped 3% in the session prior to earnings, before announcing Q1 numbers that missed expectations. The results dented the stock again, as shares fell another 2% in AH trading on Tuesday to $2,308.

Microsoft: In contrast to Google (GOOGL), investors bid up Microsoft (MSFT) shares after the bell on Tuesday, rising 4% AH to $282.

Meta: Shares of the social network soared more than 16% in AH trading on Wednesday. Numbers appeared impressive despite the slowest revenue expansion since the company went public. Daily active users rose 4% to 2 billion.

Amazon: The e-commerce giant fell 9% in AH trading on Thursday after posting its slowest revenue growth on record, with an only 7% year-over-year expansion due to a drop in online shopping, inflation and supply chain problems.

Apple: Apple tumbled 3% after warning supply chain constraints could impact revenues in the current quarter by up to $8 billion.

Moscow this week cut off key gas supplies to Poland and Bulgaria. The Kremlin has outlined a payment mechanism that would allow foreign buyers to convert their dollars and euros via Gazprombank, an entity that has been carefully excluded from EU sanctions. The state-controlled bank would send along rubles to energy giant Gazprom, which would prevent Western governments from seizing payments made in foreign currency.

The Dollar is Riding High

The dollar reached its highest level in two decades – just under 104 in the U.S. Dollar Index. The Index measures the U.S. currency’s strength against other world currencies, including the euro, yen, Canadian dollar, and British pound. The dollar has advanced 7% since the beginning of the year.

The Fed is expected to pull the trigger on its first half-percentage point rate hike since 2000. There’s also the chance that the Fed begins to reverse its large-scale asset purchases used to help stabilize markets during the COVID crisis.

The week ahead features more tech earnings confessional as well as names in the energy sector.

The economic calendar includes construction spending, durable goods orders, trade balance, and the U.S. jobs report. Analysts forecast a payrolls gain of 390K for April and an unchanged unemployment rate of 3.60%. A slight downtick in hourly earnings growth to 5.4% is anticipated as well.