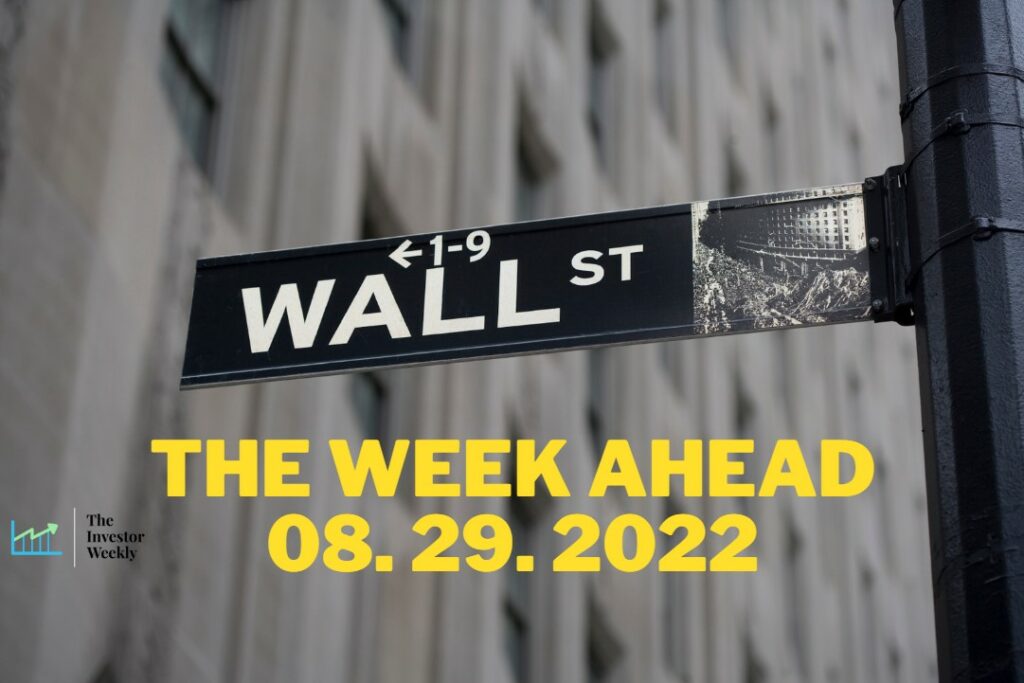 Economic Reports – Here’s what is next.

The calendar turns to September this week with the stock market reeling from a hawkish Federal Reserve. Investors are wondering if the selling pressure continue as higher interest rates are priced in?

Already in the mix, September has traditionally been the worst month for the S&P 500 Index, with an average loss since 1945 of 0.6%.

Economic reports include updates on consumer confidence, construction spending, and vehicle sales, which all arrive before the August jobs report drops at the end of the week. The U.S. jobs report for August is expected to show 300K jobs adds for the month and an unemployment rate that holds steady at 3.5%.

On the corporate calendar, earnings reports from Lululemon (LULU), HP Inc. (NYSE:HPQ), and Broadcom (NASDAQ:AVGO) are headliners, while a strategy update from Bed Bath & Beyond (NASDAQ:BBBY) may also move markets.

Global investors will be looking for developments in the European energy markets when Russia’s Gazprom stops gas flows through the Nord Stream pipeline for three days of maintenance. European nations continue to accuse Russia of manipulating petroleum supplies as a weapon against Western sanctions over Ukraine.

The speech didn’t have a significant impact on bond market perceptions of the Fed’s likely rate path. By the close of business on Thursday, the fed funds futures market was pricing in a 64% chance of a 75 basis point rate hike at the September 21st FOMC meeting. 24 hours later, that probability had risen to 66%. The market is still expecting a rate of between 3.50% and 3.75% by the end of the year, one more rate hike to a range of 3.75%-4.00% in early 2023 and two rate cuts later in 2023, cutting the rate to a range of 3.25% to 3.50% by the end of 2023 (although the futures market was pricing slightly less confidence in two rate cuts in late 2023 following Powell’s tough language).

Labor market: High frequency data suggest a solid jobs report this Friday – between +300,000 and +400,000 on payrolls, no change on the unemployment rate and wage growth of roughly 0.4%. This could tilt the betting further in favor of 75 basis points. In addition, the JOLTs report on Tuesday could show a surprise rise in job openings which could also increase betting on a 75 basis point move.

Inflation: The August CPI report, due out on September 13th, should be mild with a possible 0.1% month-over-month decline in headline consumer prices. This could reduce the market odds on aggressive Fed action, although we could still go into the September 21st meeting with the market betting on 75 basis points in tightening.

On the Fed’s intentions, Chairman Powell’s speech, like other communications from Fed officials in recent months, suggests that they feel some remorse for letting inflation get out of hand. To be honest, they shouldn’t feel so guilty – the inflation surge is almost entirely due to the pandemic, the invasion of Ukraine and excessive fiscal stimulus by both political parties in recent years. Be that as it may, the Fed appears determined to sound and act tough on inflation.

Inflation may continue a gradual decline. Whether or not we will wind up in a recession is unknown at this time with the economy potentially posting a positive real GDP growth number for Q3 and a negative number for Q4 and really wobbling on the edge of recession over the next year. One more shock and we would be in recession.

For investors, all of this suggests the potential for volatility in the short run. However, it is also important to think about the economic environment over the next few years. This will be an environment of fading fiscal stimulus hurting consumption, higher mortgage rates clobbering housing, slow profit growth inhibiting investment and a high dollar and overseas weakness hurting exports.

This will very likely mean slow economic growth and sliding inflation and, when the public becomes more fearful of recession than inflation, the Fed will likely slowly return to the more accommodative policy which it maintained in the decade following the Great Financial Crisis. This should provide a positive backdrop for both stocks and bonds. However, any surge in volatility between now and then could lead to an even greater investor focus on defensive positioning and valuations which could favor long-duration bonds, value stocks and income-generating alternatives over more aggressive investments.

Lululemon (LULU) will report earnings on September 1 with analysts expecting revenue of $1.77B and EPS of $1.85 to be reported. UBS thinks Lululemon’s print will reinforce the market’s confidence in the long-term outlook and ability to take market share in a weak macro environment. The bull thesis is that a strong quarter likely incrementally convinces investors to buy LULU at a high multiple since they will believe increased conviction in LULU’s ability to deliver growth justifies paying a high price. CFRA warned that LULU uses air freight to receive most of its inventory which is expected to remain elevated until at least the second half of FY23. A wildcard with Lululemon identified by CFRA is how quickly the Mirror acquisition can pay dividends.

Eyes on movies: Theater stocks could create buzz again next week with AMC Entertainment (NYSE:AMC) and its new preferred class trading APE (APE) both buzzing again in social media circles. The recent disruption in the sector includes Cineworld (OTCPK:CNNWF) filing for Chapter 11 bankruptcy protection and MoviePass returning from the dead with a beta version launch set for Labor Day. MoviePass parent Helios and Matheson ceased operations after filing for Chapter 7 bankruptcy in 2020. The U.S. box office has generated $5.18B this year through August 26. That tally is up 162% from a year ago and 186% from 2020. but still about 32% below the box office pace in 2019.

Hempacco (NASDAQ:HPCO) is expected to start trading on August 30. The company sells hemp-based smokable products to consumers in the United States. Hempacco said it plans on offering 3M shares priced between $4 and $6 per share, which would raise $15M if priced at the midpoint.