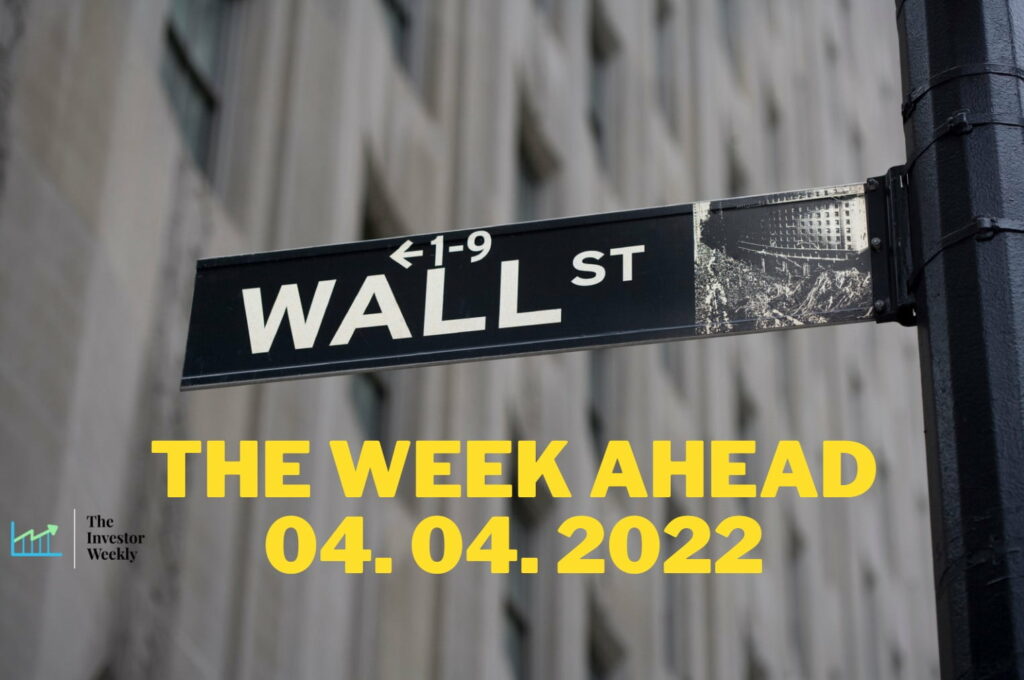 An inverted yield curve is sending a possible recession signal to investors.

I find myself asking, “is it time to make contingency plans for a recession by the end of 2023?”

*What is an inverted yield curve?
An inverted yield curve describes the drop of longer-term debt below the yields of short-term debt of the same credit quality. Remember that longer dated maturities tend to have higher yields to accommodate for “additional risk”. This risk comes from the fact that rates may move dramatically during this time.

The Fed will meet again next week. Investors can expect additional information on upcoming rate hikes and plans to shrink the balance sheet.

Factory Orders: New orders for U.S.-made goods fell in February, likely because of persistent shortages of materials and a shift in spending back to services, but manufacturing remains supported by low inventories at businesses. The Commerce Department said on Monday that factory orders fell 0.5% in February. Economists polled by Reuters had forecast factory orders would decline 0.5%.

Trade Balance: The Commerce Department delivers its latest snapshot of the nation’s trade gap Tuesday. The gap between the value of goods and services the U.S. sells abroad and what it buys widened in January to a monthly record high of $89.7 billion. The increase was driven by rising imports as energy costs surged. Economists predict the monthly U.S. trade gap eased in February to $87.6 billion.

Jobless Claims: Fewer workers sought jobless benefits in the US last week than at any time since 1969.

Lindsay is a great company, but the valuation remains high. Translation – I don’t think there is tremendous upside now. The company is trading around 38X P/E. I’d like to see the stock come down to the low 30s.

As for Acuity, I’d look instead at Orion Energy Systems. Both Acuity and Orion operate in the electrical components and equipment industry.

Orion Energy Systems (OESX): The stock is down roughly 20% since I first looked at it in November 2021. And the company is trading roughly 50% below its 200-day moving average.

Revenue is up 29% year-over-year but dropped sharply in Q3. And the company has a 3-year CAGR of 33%. Book value and margins, however, continue to rise. And profitability remains high.

And the company is undervalued, in my opinion. From a valuation standpoint, Orion trades with a GAAP earnings multiple of 3.04, a book multiple of 1.33, a sales multiple of 0.53, and a cash flow multiple of roughly 9.0x.

These multiples trade at a significant discount compared to the industry and also obviously to Orion’s historic averages. The encouraging trend here for value investors is that Orion remains profitable. In fact, its trailing EBIT number of approximately $13 million is on a par with what the company earned in fiscal 2020 and gross margins continue to improve.

Although Orion remains very much out of favor with the market, the company remains profitable and book value continues to grow. Furthermore, the company’s strong liquidity and zero debt outstanding ensure that the firm can continue to invest aggressively in its future.

I like ConAgra. Conagra Brands is a large American consumer packaged foods company with business segments in Grocery & Snacks, Refrigerated & Frozen, Foodservice, and International. It’s been around for over a century, and carries a number of well-recognized brands. It’s a solid value stock and an attractive dividend play. The company’s margins also compare favorably to the industry average. This is reflected by CAG’s net income margin of 10%, which is nearly double that of the sector median.

Another name that I like in the Package Foods and Meats industry is Sanderson Farms (SAFM).