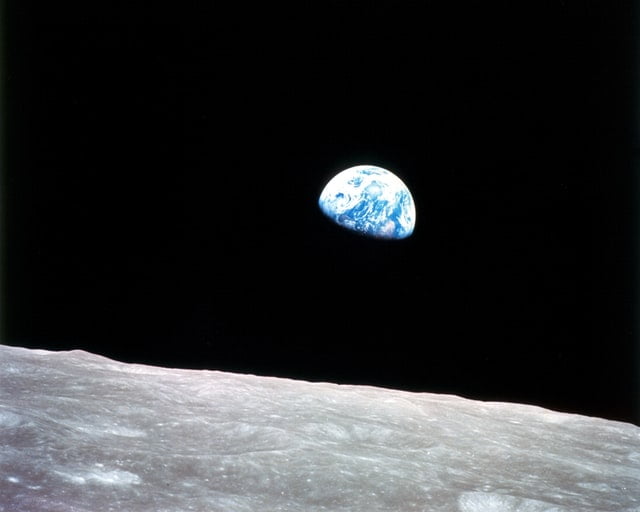 As I sat at my desk on the morning of July 20th, 2021, I turned to my TV and saw Jeff Bezos and three other astronauts(?) floating around the main cabin of a rocket in outer space. Although the joyous laughter and Skittle-tossing was fun to watch in the moment, it left me feeling a bit underwhelmed. As well as a little more confused. “We’re going to build a road to space so our kids and their kids can build the future,” Bezos said. “We need to do that to solve the problems here on Earth”. Now, after trying to dissect this statement, some may struggle to understand what exactly Jeff means. In this report, we dissect what the future of space exploration may look like.

With his statement, this project could be just the beginning of a multi-generational project. Which may be something even Bezos can’t quite predict.

Virgin Galactic by the Tip of the Nose

Nine days earlier, Richard Branson had traveled to the outer depths of the atmosphere. Albeit, they only reached an altitude of 56 miles off of Earth, 10 miles less than Blue Origin’s flight altitude. While on his flight, Sir Richard Branson explained how he had dreamt of that moment as a child.

All of this leads me to one question. What’s the point of all of this?

So far, Virgin Galactic has booked more than 600 future passengers at a price point of at least $200,000. Now, many may think that this price seems a bit absurd. They may also fail to realize that there are more than 2,500 BILLIONAIRES in the world. Then filtering down to just the U.S.A., there are more than 1.4 million people with a net worth of $10 million. Surprisingly, a trip to space may cost less than 3% of a person’s net worth. Which turns out it could seem like a good deal to many.

At the end of the day, this is exactly why space exploration may the most misunderstood market today. On top of that, understanding just what exactly these companies are trying to accomplish has remained foggy at best. So, I’m here to make that just a bit more clear.

Surprise, surprise, Jeff Bezos is at the helm of another company looking to completely reshape the world. From the company’s website, their mission is the following: “Blue Origin… enabling a future where millions of people are living and working in space to benefit Earth. In order to preserve Earth, Blue Origin believes that humanity will need to expand, explore, find new energy and material resources, and move industries that stress Earth into space”. To start this process, they are creating reusable launch vehicles that put the highest priority on safety.

With the common goal of landing on the moon safely, Blue Origin has teamed up with some partners. Lockheed Martin, Northrop Grumman, and Draper are all working to develop a Human Landing System. This project has pulled more than 3,000 of the nation’s top engineering minds together. This group plans to get back to the moon and claim it as a new destination some may call “home”. Anyone getting some eerie memories of the Space Race not so long ago? You’re not alone.

Blue Origin and its partners aim to have a demonstrated launch that touches down on the lunar surface by 2023. Additionally, the would like to complete a crewed Lunar Mission by 2024. After that, they will begin large cargo deliveries that land on the Moon with larger crewed missions. Eventually, even stretching their capabilities to Mars as a final destination.

The science behind the rockets, engines, and fuel being developed is truly eye opening. For more information I would point you to their website to find all those juicy details.

From one world conqueror’s company to the next. Elon Musk’s SpaceX has arguably led the pathway for many of today’s space exploration companies. Much like Blue Origin, SpaceX plans to offer space tourism to the world at a manageable price. They plan to do this by focusing on building reusable rockets. The company’s website covers their four featured rockets: Falcon 9, Falcon Heavy, Dragon, and Starship. With a head start on its competitors, SpaceX has already been responsible for helping NASA astronauts. They recently helped the group dock at the ISS on the Dragon.

Falcon Heavy is described as “the world’s most powerful rocket”. It can lift the equivalent of a full-capacity jetliner into orbit. Most interestingly, Starship is the first rocket on Earth that is considered a “​​fully reusable transportation system designed to carry both crew and cargo to Earth orbit, the Moon, Mars and beyond.”

Much like those mentioned earlier, SpaceX seems to be focused on helping humanity realize the potential of becoming multi-planetary.

P.S. Using the following link, SpaceX provides a simulation where users can try their steady hands docking at the ISS. SpaceX ISS Simulator

Starlink – A Collection of Satelites

Most surprisingly, the SpaceX website doesn’t mention their side project, Starlink. Starlink is the culmination of Elon Musk’s desire to offer accessible internet to the entire world. His team is doing this by launching hundreds of small satellites that orbit the Earth at a low altitude. With the help of SpaceX, these satellites are released 60 times closer to Earth than traditional satellites. This difference allows the network to offer much lower latency to the most rural communities and even large bustling cities.

Now, what if you wanted to invest in SpaceX? Obviously, they are still private, so a trip to the stock market will do you no good. However, after scouring through the depths of the internet, we found that in 2015, Google made a $900 million investment into SpaceX. At the time, this was thought to have been about a 10% stake in the company. Also, there are a few different ETFs on the market that have been able to claim an early stake in the company through early rounds of investments.

With Redwire, we shift our focus from space tourism and interplanetary missions, to the commercialization of space manufacturing. Now, a good question to ask is: What’s the difference between manufacturing objects in space and trying to manufacture the same products here on Earth? The main difference is due the concept of microgravity.

Redwire is strategically focused on building their revenues through multiple channels. They plan to meet their 85% estimated revenue growth goals in 2024 by building On-Orbit Servicing, Assembly, and Manufacturing (OSAM) capabilities, commercializing low-Earth orbit satellites, rapidly producing low-cost spacecraft, and building space domain awareness. Their overall vision is to lead its customers in solving the complex challenges of future space missions.

From the in-space manufacturing perspective, Redwire plans to manufacture advanced materials that have industrial use cases on Earth. They also plan to 3D-print materials and other devices that can be launched into space. What I found difficult to comprehend is that they plan to accomplish all of this while on board a spacecraft. A spacecraft which is orbiting the Earth at thousands of miles per hour. However, utilizing AI and machine learning, the company plans to accomplish this while diminishing the average cost of these processes. Overall, Redwire aims to be a market mover that works within many channels of space exploration. They believe that if space exploration continues to grow, they will too.

Redwire is one of the few space exploration companies that is estimated to be cash flow positive. Their investor presentation released in March also highlights how undervalued the company may be. At the time, EV/Revenue and EV/EBITDA ratios were a fraction of their competitors based on future estimated growth.  With the help of Genesis Park Acquisition Corp. (GNPK), Redwire plans to go public via SPAC.

The companies above do seem to have a leg-up on many of their competitors. However, there are still many other companies that are making their own moves in the commercialization of space. Astra Space, AST SpaceMobile, Desktop Metal, Maxar Technologies, and others are some of the smaller names. They all look to grow as we move into the patented “2nd Golden Age” of space exploration. On top of these not so well-known names, Boeing,  Northrom Grumman, Raytheon, and L3 Harris all make up some of the more well-established companies that will be focusing on this area over the next few decades.

Disclosure: I/we have no stock, option or similar derivative position in any of the companies mentioned. I wrote this article myself, and it expresses my own opinions and I am not receiving compensation for it. I have no business relationship with any company whose stock is mentioned in this article.