October Market Report – The Best Month for Stocks This Year 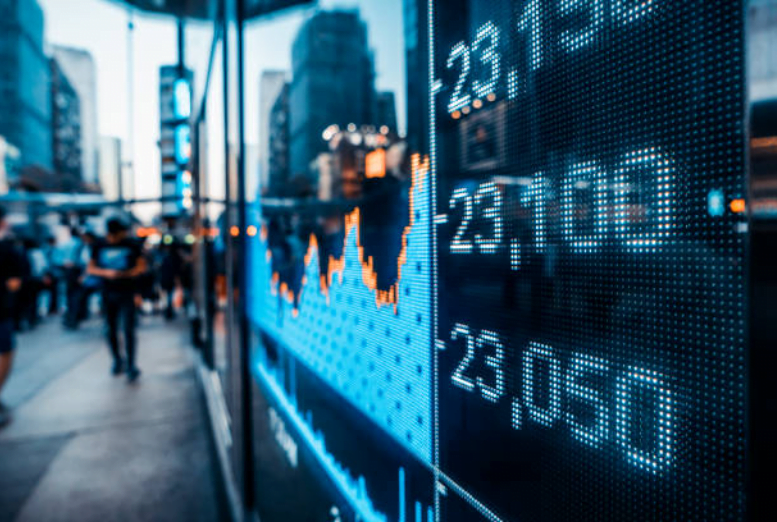 The October Market Report covers many of the top subjects from this month. October was the best month for stocks this year.

For the month, the S&P 500 gained 6.9%. This was its best showing since November, when stocks jumped more than 10 percent post-election when drug companies reported promising vaccine candidates

In September, worries that high inflation, slowing growth and supply chain bottlenecks would lead to an economic bottleneck pulled the S&P 500 down about 5%. It was the benchmark index’s worst month of 2021.

Fast forward to October – what a difference a month makes.

Earnings reports came in better than investors had expected, driving gains in several individual stocks. Of the 244 companies in the S&P 500 to report third-quarter results as of Thursday October 28th, 82% had done better than Wall Street analysts had forecast, with an average EPS beat of 9.7%.

October Market Report – The Best Month for Stocks This Year

Large technology stocks like Microsoft rose more than 17% and Alphabet climbed 11% in the month after reporting solid results. A deal to sell 100,000 of its electric cars to Hertz pushed Tesla’s beyond $1 trillion for the first time.

Washington continues to make progress on the spending plan and President Biden presented a $1.85 trillion package. Shares of construction and materials companies surged in closing sessions.

Inflation remains high, but PPI and Personal Consumption Indices both rose less quickly for the month then in September. CPI figures came in hotter than expected. The Fed reiterated that it does not plan on raising benchmark rates any time soon. It will, however, begin winding down a bond-buying program that has been in place since the start of the Pandemic. The goal of the bond-buying program remains to provide liquidity to the economy.

Financials led the way in terms of earnings as banks saw a boost from reserve releases, investment banking, trading, loan growth, and better operating leverage. All eleven sectors finished higher in October, led by Consumer Discretionary and Energy stocks. Technology, REITS, Basic Materials, Financials, and Industrials all climbed between 7-8%. Healthcare, Utilities, and Staples rose between 4-5%, while Communications companies brought up the rear, climbing 2.5%.

Bitcoin surged to new highs in October, edging closer to $66,000 before settling in around $61,000, as the first Bitcoin ETF came to the market. Ethereum also saw new highs in October, hitting a high of just over $4,400 after an upgrade to the network’s system proved successful. This upgrade is crucial as the network switches from Proof of Work protocol (mining) to a Proof of Stake protocol (ownership) which is less energy intensive. The recent price action in Ethereum is tracking very similar to Bitcoin’s run higher during the same time period in 201

GDP: Monthly GDP rose 1.5% in October following a 0.3% increase in September that was revised higher by 0.1 percentage point.

Employment: Nonfarm payrolls added 531,000 jobs in October, a big improvement from the previous month and a sign of optimism. The unemployment rate fell to 4.6% while the labor force participation rate was unchanged.

Retail Sales: Advance estimates of U.S. retail and food services sales for October 2021, adjusted for seasonal variation and holiday and trading-day differences, but not for price changes, were $638.2 billion, an increase of 1.7 percent (±0.5 percent) from the previous month, and 16.3 percent (±0.9 percent) above October 2020.Industrial Production: Industrial output tacked on 0.4%, an increase that brought industrial production to pre-pandemic levels.

Housing: Housing starts edged down 0.7% in October to an annual rate of 1.52 million, the Census Bureau reported on Wednesday. Building permits, meanwhile, rose 4% to 1.65 million units annually, up from a revised 1.59 million in September.

Consumer Price Index: The consumer price index surged 6.2% from a year ago in October, the most since December 1990. Core inflation, stripping out food and energy, increased 4.6%, the fastest gain since August 1991. Energy, shelter and vehicle costs led the gains, which more than wiped out the wage increases that workers received for the month.

Durable Goods Order: New orders for US manufactured durable goods fell 0.5 percent month-over-month in October of 2021, after a 0.4 percent decrease in September and compared to market expectations of a 0.2 percent increase.

For more in-depth articles to help you navigate your financial journey, check our Personal Finance page out!