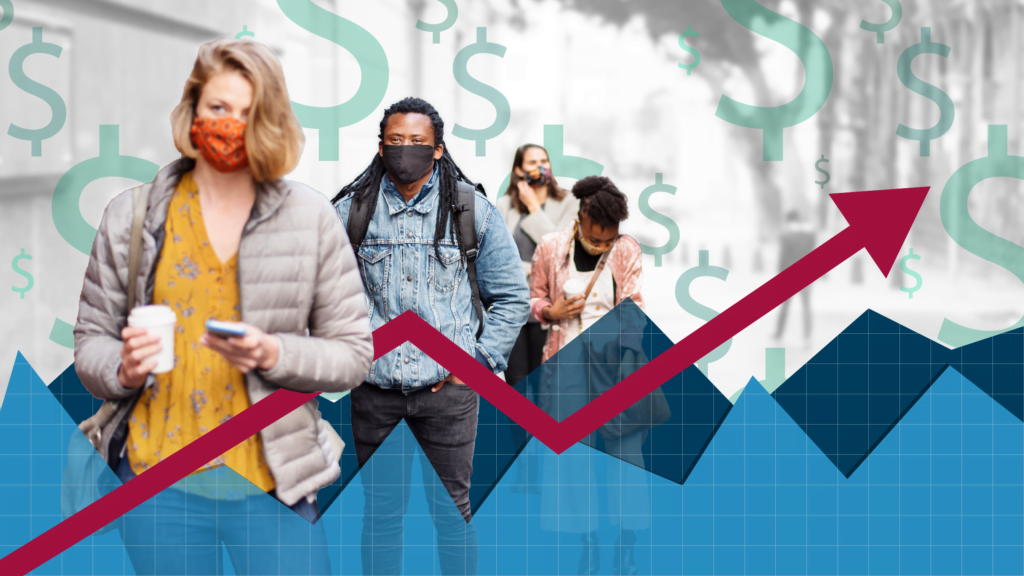 • New home sales fell in April, falling 16.6% from March, well below economists’ forecast. It’s the slowest pace since the initial COVID crisis. Existing home sales which is a better measure of the U.S. market since it’s a much larger segment has also trended

down, falling for three straight months, according to the National Association of Realtors.

• GDP is expected to rise 1.8%, compared with 2.9% in February, according to the National Association for Business Economics.

• Consumers continued to spend in April, with retail sales jumping 0.9% from the prior month.

• The FED raised its benchmark interest rate 0.50% at May’s meeting and is expected to follow-up with 0.50% increases at both the June and July meetings.

We are down roughly 5% for the year.

Our watchlist is performing incredibly well. See it HERE.

The Very Real Threat of Food and Energy Inflation

Friday’s CPI report is expected to show a 0.6% increase in prices overall and 0.4% excluding food and energy. On a year-over-year basis, headline inflation is expected to fall from 8.2% to 8.1% and for core inflation to drop from 6.1% to 5.7%.

That’s a small easing of core inflation. However, the report shows the biggest gap between year-over-year headline and core inflation seen since 2008, with food prices up roughly 9.4% and energy prices up 33.4% relative to a year ago.

Inflation reflects: (1) high food prices, (2) energy prices and (3) the fiscal policy response to the pandemic and the war in the Ukraine.

There continues to be a risk that the FED will aggressively tighten to speed the decline in inflation, tipping the economy into a recession to fight an inflation problem that potentially was going to fade anyway.

Crude oil prices have historically been linked to spikes in inflation. The recent spike reflects the reality that energy demand recovered from the pandemic more rapidly than OPEC anticipated. This was exacerbated when OPEC was slow to raise production quotas.

Today’s high inflation reflects multiple issues but likely starts with the impact of the US government’s pandemic assistance on consumer spending. The pandemic triggered a brief recession, and subsequent rounds of fiscal aid has been very generous under both Trump and Biden. Three rounds of stimulus checks, in April 2020, December 2020 and March 2021, amounted to $3,200 per adult, with further money for dependents.

Consumers benefited from beefed up unemployment benefits, child tax credits and even  earned income tax credits. Consumer spending on food jumped by 7.6% in 2020 and a further 3.2% in 2021. This was an extraordinary surge in demand. Remember that the food industry has always exhibited tight margins.

While food spending has now fallen in five of the last six months, the shock to supply chains across food production and distribution has yet to fade.

Food production has also been impacted by a series of disasters including the avian flu and the war in Ukraine. The global avian flu has resulted in a surge in chicken, turkey, and egg prices.  And the Ukraine war has slowed the exports of grain and contributed to a sharp rise in the price of fertilizers. Drought conditions and a labor shortage are also contributing to an increase in U.S. fruit and vegetable prices.

My Long-Term Thoughts on Inflation

Again – these are my thoughts.

Food and energy inflation will persist, and by doing so precipitate a recession that will bring prices down. Inflation is likely to be lower a year from now than today. But I believe the damage will already be done.

Either way, investors would be wise not to attempt to bet on an increase in today’s very high inflation.