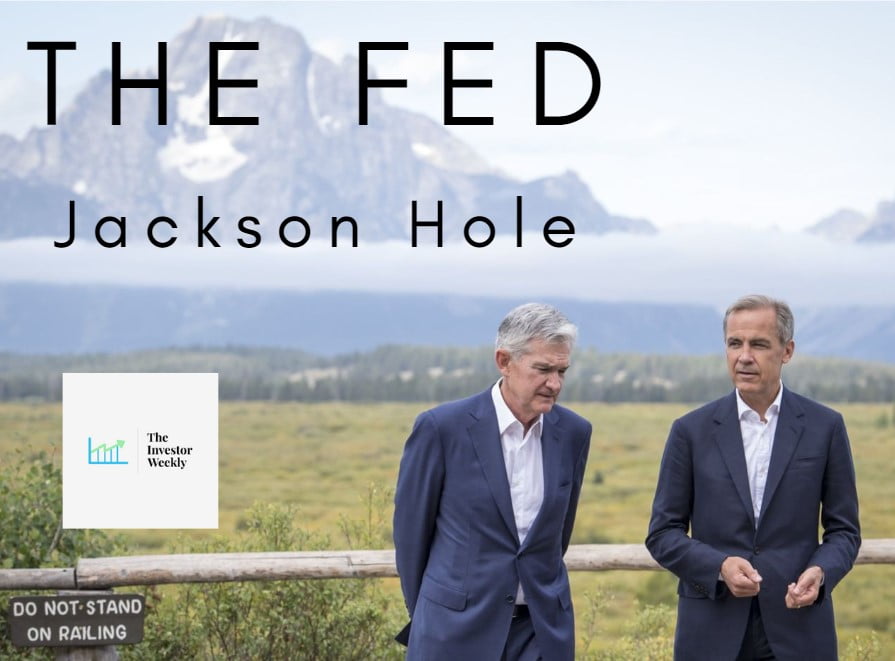 Stocks plunged Friday as Chairman Powell gave a message that the Fed plans to keep raising interest rates. During his Jackson Hole speech, Powell said that the Fed will continue raising interest rates and hold them at a higher level until it is confident inflation is under control. He noted that reaching an estimate of the longer-run neutral rate is not a place to pause or stop.

According to Powell, the June Fed Open Market Committee “FOMC” projections suggest rates would rise to just below 4% through the end of 2023 and that historical accounts warned against loosening policy too soon.

Powell’s remarks triggered a 1,000-point drop in the Dow Jones average, and the percentage losses were even steeper on the S&P 500 and Nasdaq Composite.

Earlier, data showed consumer spending edged up slightly in July, but inflation eased considerably, which gave investors hope that the Fed might see room to trim its aggressive rate hikes. The Treasury yield curve inversion increased as two-year rates, which are more sensitive to imminent policy decisions, rose alongside the dollar.

Where did we end the week?

What about the shorts?

According to Greg Boutle, head of U.S. equity and derivatives strategy at BNP Paribas, net short positions against S&P 500 futures by hedge funds reached a record $107B last week.

In another example, short sales by Goldman Sachs’ hedge fund clients overtook long buys by a ratio of 3-to-1, leading to the largest increase in gross trading activity since the market low on June 16.

August PMI readings were recently released around the globe, including in the U.S., the UK and the eurozone. These surveys suggest a broad slowing in global economic conditions in both the manufacturing and services sectors.

August marked the second month in a row that the composite PMI has been in contractionary territory.

PMI surveys are carefully monitored because they’re seen as leading indicators of upcoming economic conditions, and that in this instance, the latest releases confirm that a slowdown in growth is underway. The recent numbers show that economic momentum is slowing globally as central banks continue hiking rates.

This also suggests that the banks are, in a sense, achieving the intended effects of tighter financial conditions—in that they’re curbing inflation by slowing down the economy.

Many of you know my thoughts here. I feel it is complete BULLSHIT to allow Congress to spend $300 Billion on student loan forgiveness. I won’t launch into a complete diatribe.

“If you are that slacker barista who wasted seven years in college studying completely useless things, now has loans and can’t get a job, Joe Biden just gave you 20 grand,” he said on his podcast “Verdict with Ted Cruz.”

Treasury Secretary Janet Yellen was skeptical of a large-scale student-loan forgiveness plan as President Joe Biden was mulling over the specifics to address student debt, with first lady Jill Biden also expressing reservations of such a plan, while Vice President Kamala Harris was one of the administration’s staunchest backers of debt cancellation. She felt that a large cancellation of debt could have an enormous impact on the economy during a time when inflation in recent months has hit highs not seen since the early 1980s, per the report.

Here are the facts.

President Biden made a long-awaited announcement on student loan forgiveness on Wednesday, announcing a plan to cancel up to $10K of debt per borrower for individuals who earn less than $125K per year. Pell Grant recipients will get up to $20K of loans forgiven.

The latest cancellation would come at a time when the U.S. unemployment rate has fallen to 3.5%, and is even less among college graduates with a bachelor’s degree, with the rate averaging 2.9% in July. The Education Department has also canceled around $25B in student loans since Biden took office, but that has only impacted borrowers defrauded by for-profit schools, disabled students and those enrolled in public service loan forgiveness programs.

Wednesday’s announcement appeared to have been delayed a number of times over whether the motion could provide a boost or detriment ahead of November’s midterm elections. Some economists warn that student debt cancellation could exacerbate price pressures at a time of record inflation, and it could be flagged as a contributor to higher prices. A backlash could also be seen from voters who chose not to go to college because of the cost, don’t have loans or already paid them off.